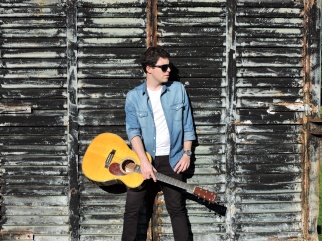 Fresh from the long-awaited release of his debut album ‘Imaginary Fun’, Robert embarks on a new beginning after overcoming serious health issues including Thyroid cancer and a life-long battle with a progressive vision impairment, along the way to making the album. The album testifies to a new authentically raw-earthy sound, showcasing Robert’s prodigious songcraft and has already garnered huge success with the song 'Different Road' awarded 'Best Song in the Folk/Acoustic genre' at the recent Australian Songwriters Assoc. Awards in Sydney. Robert picked up a second award for 'Best Live Performance' of the night after taking to the stage to perform the winning song to a record sold-out crowd. His songs receive regular rotation on radio in Queensland, interstate and overseas. It follows the previous success of his self-titled EP which included Australian Songwriters Award-winning song ‘Haven’t You Noticed’.

He’s been a top 5 finalist/nominee in other major Australian song competitions such as the ‘MusicOz Awards’ and the ‘Glenn Shorrock Music Scholarship Award’. His music was recognised amongst thousands of artists from around the country by Australian music legend Glenn Shorrock ('The Little River Band') who was quoted talking about Cini '"Great voice, engaging commercial sound, fabulous".. Robert performed along with the other finalists, The Little River Band, and James Reyne at Lyndoch Uncorked Festival in the Barossa Valley. He’s also supported Kim Churchill, The Acoustic Guitar Spectacular, and played Tanks Arts Centre’s ‘Uplate’ after the Hoodoo Gurus.

A live film clip of his song ‘Running’ was featured as an Editor’s choice on Balcony TV New York last year racking up 19k+ views. More international recognition has come about with Finalist spots and Honourable mentions in 'The Billboard World Song Contest’, 'We Are Listening' (Nashville), and 'The UK Songwriting Contest’.

You can find Robert playing festivals and events all over North Queensland and available nationally. He has also recently joined the Australian contingent in the inaugural International White Cane Day Virtual Concert in October 2020 featuring visually impaired and sighted artists from around the world broadcast on Vision Australia Radio. Robert has an extensive repertoire of both original songs and covers. 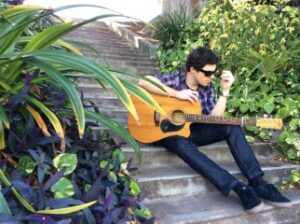 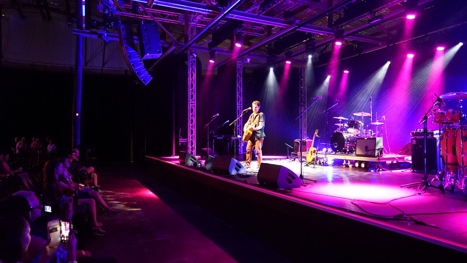